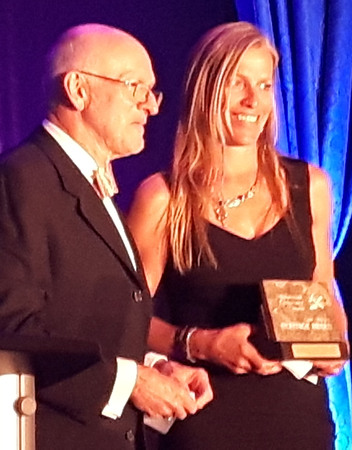 The Gordon Couling Award was presented to Kelly Contini, owner of the former Red Lion Inn (also known as the Fountain House) at 31 Gordon Street. After a devastating fire in 2011, Contini committed to restoring the 1841 building, including new brick on the exterior, after decades of false cladding covering the original hand-pressed red brick.  This structure is one of Guelph's earliest surviving buildings. More about the history of the Red Lion Inn / Fountain House. 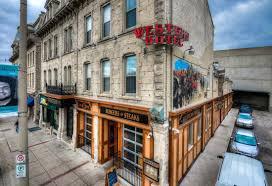 Tony di Battista and Bob Dehu were chosen as the (joint) recipientsof the Gordon Couling Award for their work in restoring the former Diplomat Hotel to its former and current glory as the Western Hotel.

Now a thriving restaurant and boutique hotel, many of the original elements of this 1881 stone landmark downtown building at 72 Macdonell Street were uncovered and restored.   The interior features old photographs of the Western Hotel during its heyday. More gallery photos of the renovated interior here.

Creating (or re-creating) plasterwork for a heritage building is a specialized art that very few have mastered as well as Ian Pettifer and George Hewson.  Their work on Old City Hall brought back to life many defining heritage features that have been lost over many years of neglect after being covered up for decades. 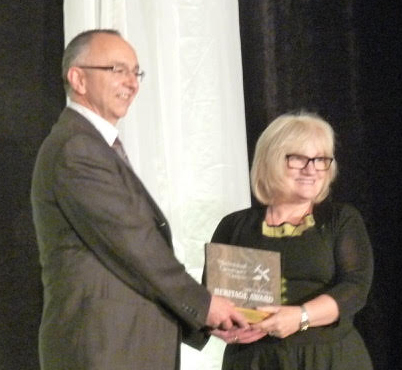 Uli Walle of Old World Woodworking has a keen eye for colour, pattern and quality workmanship.  Born in East Berlin, Uli is the thirteenth woodworker in seven generations of his family trained as a cabinetmaker.  He has earned a reputation for the originality of his designs and the integrity of his work.  His wide appreciation of woodworking techniques has allowed him to become a vital resource to those interested in heritage restoration and renovation. 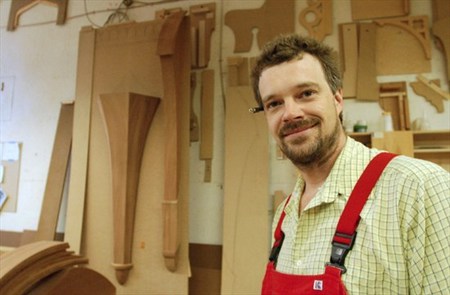 Known for the high quality and authenticity of his work, Uli has made numerous contributions to restoration projects, not only in Guelph but throughout Wellington County.  Using photographs and archival materials, he has recreated heritage structures, as well as designing appropriate additions and renovations that work seamlessly with the heritage fabric of the existing structures.  In Guelph, we can see his work on the dormers of the beautiful house called Wyoming at 67 Queen Street, and on the front porch and gate of 25 Harcourt Drive, known as Summerhill House.   When you are walking down Wyndham Street to Market Square, you will notice his skilled craftsmanship at Van Gogh’s Ear, at the corner of Macdonnell.  You will admire the beautiful adornments to the outside of the building, as well as the handsome renovations to the interior woodwork.   With the help of the City’s façade improvement grant, Uli Walle brought new life and beauty to this well-known corner of downtown with a renovation that adds handsomely to the building’s heritage character. 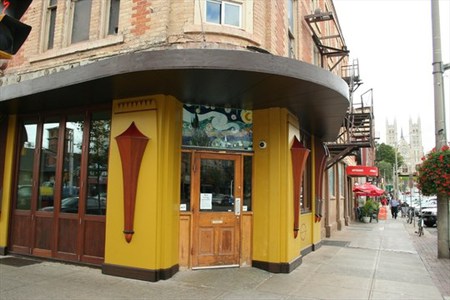 Uli is not only a fine craftsman, his business, Old World Woodworking, models the ACO’s belief in environmental sustainability.  He reuses or recycles almost all his materials, powers his shop on green energy and uses green products and oils in his restorations.  He not only helps to preserve our past, but also looks to the future health of our world. 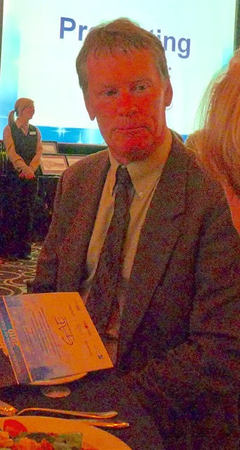 And the award goes to .... Charles Nixon!   His restoration of 59 Kent Street was almost a decade in the making.  Craftsmanship and attention to heritage detail can be seen in Nixon's work 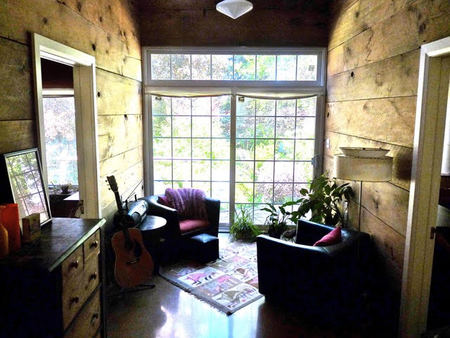 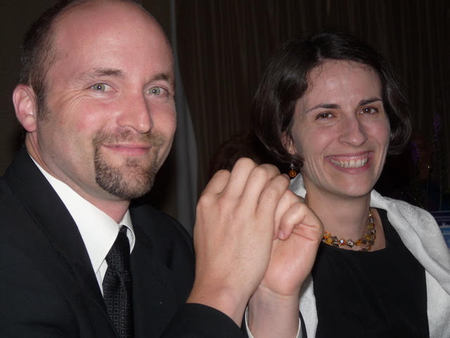 Ben Polley and Jenn Woodside of Harvest Home Builders proved that conserving heritage buildings is economical and can also play a role in environmental sustainability.  They were awared the Gordon Couling award for their restoration of 60 Manitoba Street.  The house was once in sad shape, but has undergone a complete overhaul, including a straw bale addition, grey water recycling and solar energy.

Tom Dowd for the Alma Block 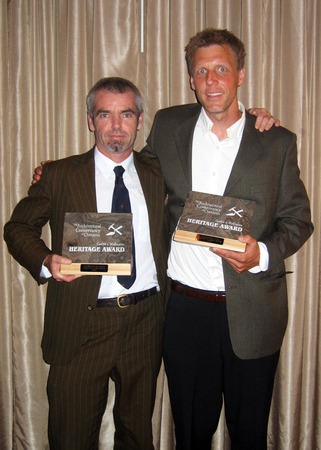 Stonemason Doug Burpee was awarded the first annual ACO Stone Hammer Award for his heritage masonry work and attention to authentic detail.  His exemplary craftsmaship can be seen throughout Guelph.